2D Orthomosaic: Create a plan view or a large site or property

Orthomosaics are an inexpensive tool for a wide range of industries. Some of our more recent projects included construction, GAA grounds, and quarries.

We can export Orthomosaics at different resolutions based on the flight altitude of the drone. Orthomosaics are exported as GeoTIFF files. We can also edit Orthomosaics to overlay site plans, property boundary lines, or area zoning outlines. 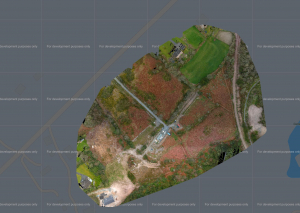 2D Orthomosaic: Click on the video below or the gallery images for examples.

Professional aerial/drone photography, video capture and surveying in Wexford, Wicklow, Waterford, Dublin, Kilkenny and across the whole of Ireland.